Late summer I decided I needed to try wingfoiling so I bought the cheapest 6m Wing, a used inflatable board and started to look for foils. Decided ai want to build the foil myself and bought some XPS for milling. Cut some foils on the CNC, bought a Gong V2 mast/fuse and started putting carbon on.
Now I am almost done with my first wing (Copy of a Phantom Carbon 1780) and regret not having done molds.
For the backstab I have drawn a mold and now wonder what material I should use to press the wing with the core between two halves.
Thought about machining the mold out of MDF but that takes so long and is messy.
My idea is to do fiber reinforced concrete molds. I’d machine the counterpart in XPS, epoxy filler, sand, PVA and pour the concrete in. Then treat the concrete.
Has anybody done concrete forms?
I’ve used some 20 years ago to press skateboards but the finish wasn’t that important back then. Took the form from a boat with clay, made a halve with gypsum and then tock the molda from the gypsum and the first concrete.
Worked fine and I wonder if it would work as a composite tool.

Here are some pictures of my first foil (Not finished yet…2-3 more layers of carbon missing )and a model of a halve of the backstab tool. Should work but looks kinda crude. 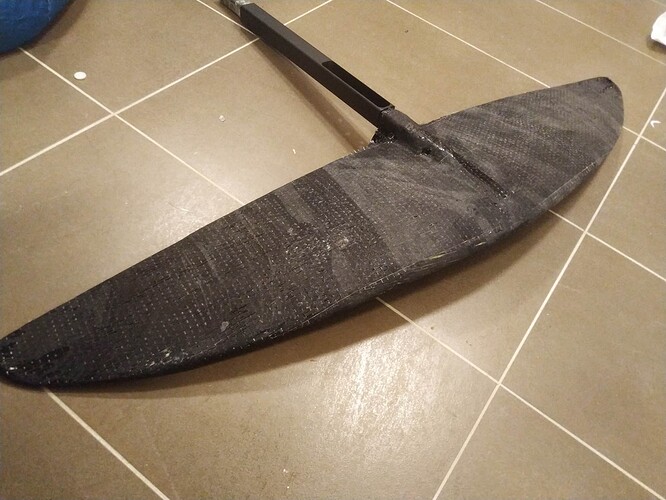 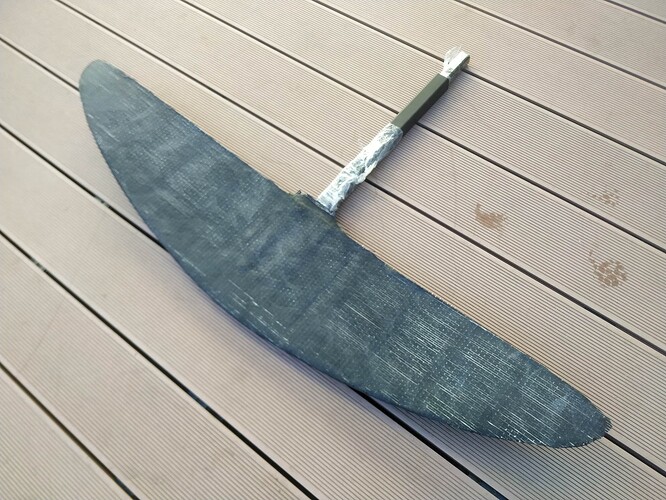 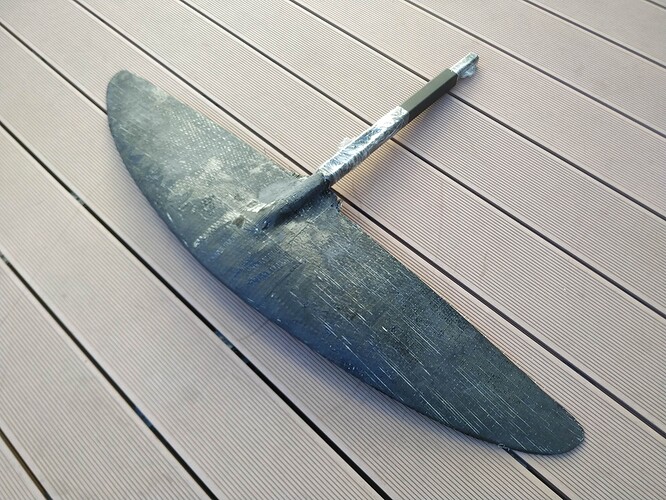 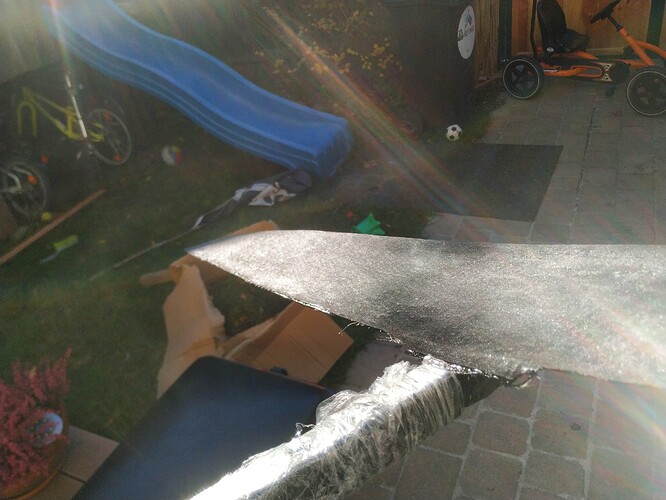 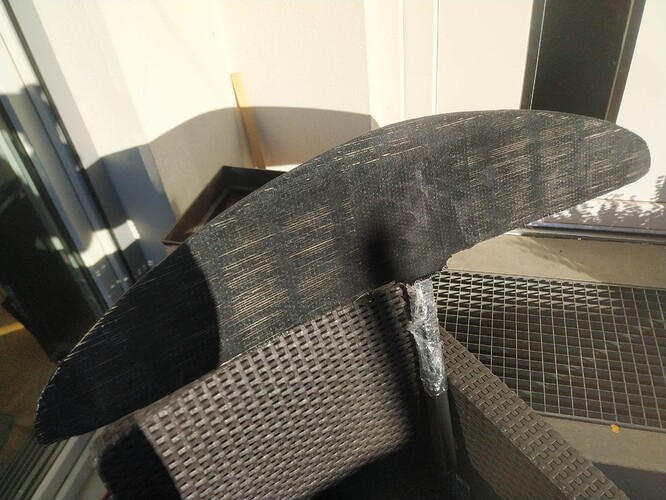 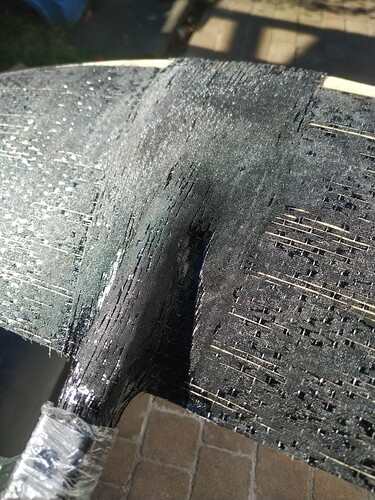 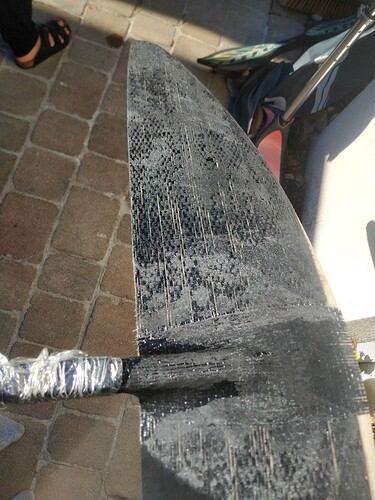 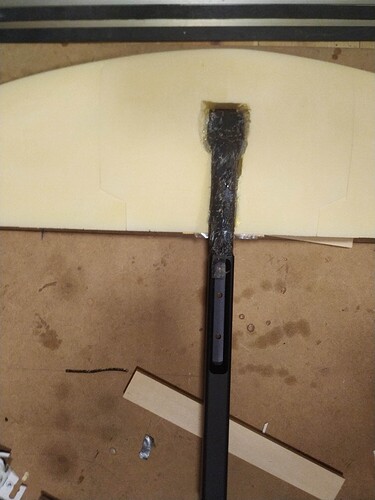 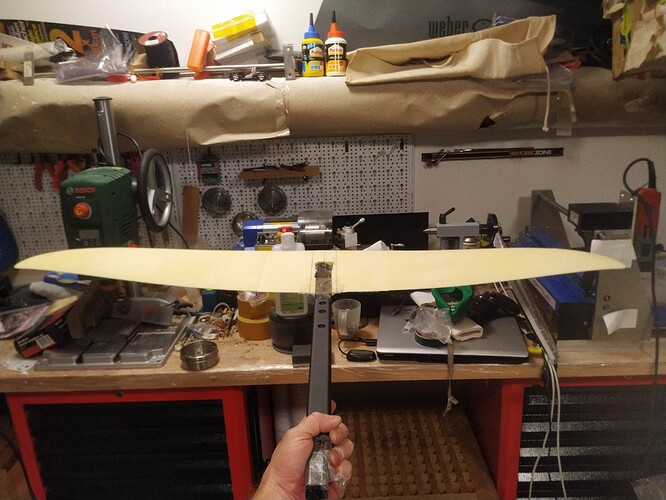 If you have the original wing you copy, why not make the mould from conposite directly from the original, this would be the fastest way. Can also be done with a positive model. I also had success with printing a mould with esun pla+ and coating it with gelcoat. This merhod is better for smaller parts like the backwing, as it takes a lot of time to print segments an glue them together for bigger parts. Concrete is raher heavy to handle and it helps to get the part out of the mould if the mould has a little bit of flex, this is not the case with concrete.

I don’t have the original wing.
Concrete is cheap an can be used to press the wing so I would not have to laminate/vacuum bag the two sides separately and can wrap carbon around the edges.
PVA should be enough to get a good release but maybe I could incorporate some pressure ports in the mold to release the part with air.

Don’t have a printer and I’ve seen 3D prints getting crushed under vacuum. It also takes so much time to print such big parts. I am building a 20001200250mm CNC machine also so I will probably do MDF forms in the future.

Any other suggestions for cheap mold material?
I was thinking a hybrid mold. First a composite negative and than some cheap material to mount the mold on. Gypsum in a wood crate should take the pressure.
Lexan could also be used for that kind of mold shell maybe.
That shell could then be taken out with the part and should release easily.

Agree with printig time for big parts. Printed moulds from pla+ with 10-15% infill withstand .8 bar vacuum, if you do not add heat (room temp 20 degrees). If you cover it with a heating blanket, the mould crushes. Just not sure if pressing with heavy material is a goot way to get around vacuum bagging. If you want to build complex cfk parts, vacuum bagging is probably the best way, as you get the presure on all directions, no matter what shape you build.

I want to forgo vacuum bagging for other reasons. It’s wasteful and you only get one halve at a time done. You still halve to bond both halves after that. If you do a one sided form, put in the core and vacuum over all together to get a full wing one side is still only peel ply finish.
With a press mold I could also use a split core and laminate the carbon around it at the edges. That way I get a wide bond in the middle of the core that acts like a stringer.
I’ve seen foils done in normal press molds with just threaded rod through steel pipes on both sides, full core and edges wrapped around.

I will try some proto tools. Maybe papercrete as backing material for an epoxy mold with would also work and make a relatively light mold.

I’ve drawn plugs which I can cut from XPS and vaccum bag with glass to get a mould from. I can then put plastic wrap on the back of the mould and use heavy spray foam to back the mould up.

Do the same for the upper halve, add a core, gel coat, layup and put the whole thing in a vacuum bag.

heres one of the plugs.

Have a look at Virus his YT channel.
He’s done something similar some time ago. 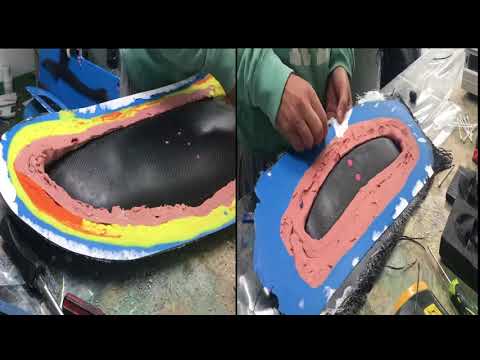 Thank you!
Those are great…
I’d already subscribed to Virus for his jet foil but the mould making videos are gold!

Now I need to find out how to surface finish the routed XPS to get a mould off it.

I have created a few wings, all with 3D printed cores. I have considered moulds, but I think it is unrealistic that I would want to make many copies of a wing as I like making different wings each time to experiment.
The printing time isn’t too bad, as it’s not like you need to do anything while it prints. My largest wing is a little over 2000cm and this was printed in 11 pieces, due to my smallish (ender 3 v2) printer.
I have experimented with different layup methods, and the large wing which was my most recent was done with one layer of CF hand laid to help with vacuum rigidity, and then everything else has been done in the bag. No issues with the PLA collapsing. 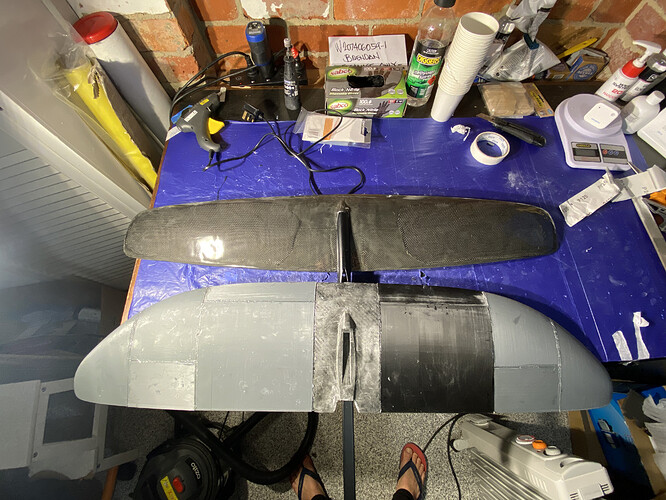 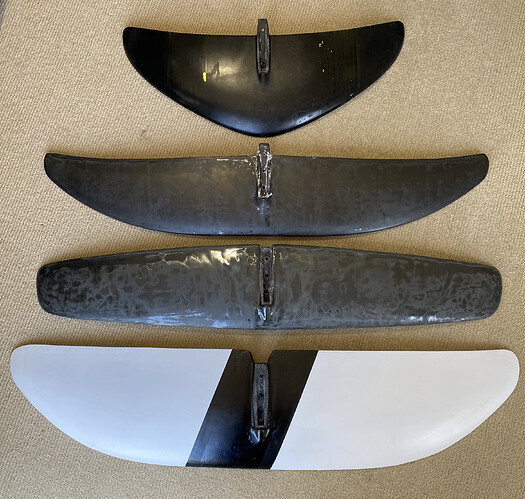 I’ve settled on cnc routing the moulds from MDF or particleboard. That’s the cheapest and fastest way. One halve takes ~2h with roughing and finishing and can then be used directly with plastic film or finished with filler and PLA or other release agent.
I will print the sleeves for the Gong fuselage though.