I have what appears to be a version of a Maytech remote. It has a very slow response and I would like to speed the response rate up. Has anyone experience with this?
I had a weak moment and purchased a Chinese e-foil after struggling to get the hours in on my own build. This option was successful in some respects … I have now had quite a few hours out on the water with the Chinese build … and hocked as I expected. However, there was a full day finishing and checking the Chinese build at the start, and even then I missed a poor seal on one of the connectors that then gave me a little grief. I have fixed all. I am now trying to increase the response of the remote … there is a good second before the power changes when using the trigger on the remote. The supplying company, Anhui Yuhan Intelligent Manufacturing Group, China, say that the remote has been set with a slow response for a beginner and that I would need to change this response. Communications have suddenly stopped now that I have asked them for the parts to do this, or a remote tuned with a fast response.
A photo of the remote is attached. The up and down buttons make it possible to use the remote as the response of the remote is too slow unless using it as an on-off button (0% or 100%).
Can anyone help here?
Thanks 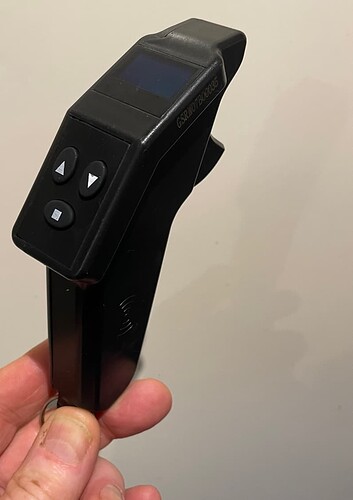 Having now thought about it … it would be the ESC module that is setting the response rate. I will investigate what ESC has been fitted (which could be tricky as it well encapsulated).

Can you replace it with a conventional 2.4ghz rc radio? I’m using a cheap $20 rc car remote in a rubber glove and I’m happy with the response time. I guess it depends on the esc and if it’s an off the shelf unit or proprietary. Mine is a vesc, the flipsky 75100, and I can use a conventional rc receiver, a hall effect type throttle, maytech type remote, etc…

Thanks, Matt. Failure of the remote has helped with the decision. The remote failed about three days after reading the chat about the need to properly waterproof the Maytech remotes. I have since purchased an alternative, which will come with its own receiver. I have also ordered connector plugs so that I can connect the replacement receiver to the existing ESC receiver cable. I should be able to determine which is the +5V, GND and signal to connect this all up.
The issue still remains that the ESC will still be slow to respond as nothing has changed on that side. Without response from the supplier, its seems that I will need to dig into the sealed ESC box … and into the potting that is likely behind the end plate. I might need a recommendation on your supply of rubber gloves after that!