Foil Etiquette - don't be a jerk

Since some of us foil in populated places and we all learned proper etiquette from surfing the foilers of LAFC think it might be good to work on some etiquette and safety guidelines for folks who may not have surfed a lineup before.

Post up your ideas here if you would. The goal is to make a version of “the surfer’s code” for foilers.

A lot of it is the same but there are other rules and practices made necessary and possible by the foil.

There was a version of this on the Standup Zone a while back too. Maybe check it out for ideas and discussion points.

What do you hate when foilers do? What are your own safety rules? How can we keep this fun and safe and share the ocean? 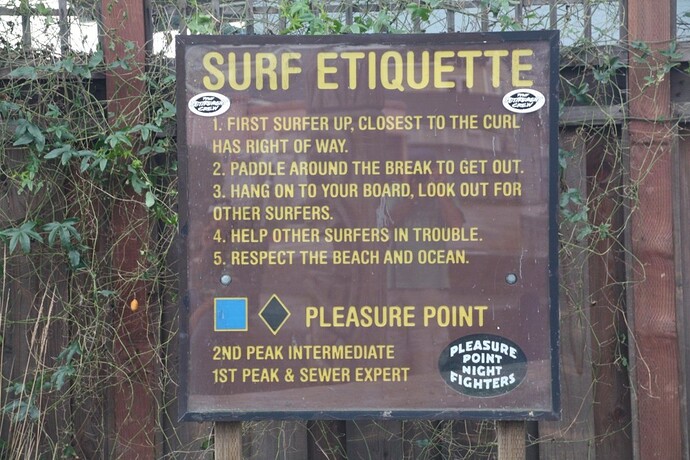 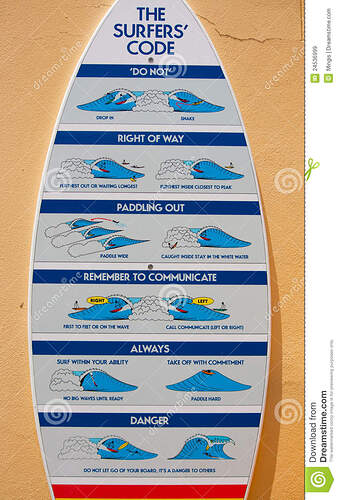 Any graphics people wanna try to create something similar or maybe just add in sup/kite/foil etc? We can post them where we foil, do cleanups and wherever we want to promote peace and goodwill. Yeeeeew!!!

I’ve got a rule I hold myself to if there are other people around. I don’t paddle for a wave unless I have a “cone” about 45deg wide in front of me and at least 100 yards in which is completely clear of anyone. If there is anyone sitting in or paddling out in that zone - I don’t go. This has treated me very well. I’ve been successful even in crowded lineups. People can be sitting right next to me, but as long as nobody is in front of me as I paddle for the wave - its all good.

I do think foilers need some kind of rule about pumping back out and cranking into a wave. I’ve seen guys pump out and grab the shoulder when there is already someone on the wave - and I don’t really think that is cool. But there aren’t any guidelines about this yet.

Here’s a typical though over the top response to foiling from the mainstream surfing world. Incredibly dangerous, someone is going to die, think of children, etc … that’s a long way from etiquette concerns for co-existing! 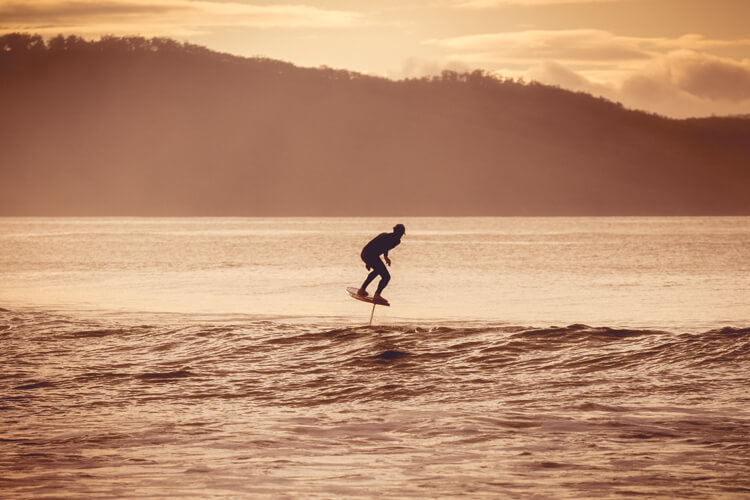 Why hydrofoils should be banned from crowded surf zones

Foil surfboards are increasingly common in the busiest surf breaks. But they're dangerous and, if not regulated, can lead to severe injuries or even death.

A problem we run into in our local is there are very few breaks generally and the only foil-friendly ones tend to also be the beginner spots. So on small easy days, there can be uncomfortably close quarters, where safety becomes an issue, as there’s people bobbing in every direction, clogging the peak, and nowhere else to go.

The beginner break is also the only spot where SUPs are allowed and there’s also some longboarders who chase it – and they figure they are the royalty of the kook break (versus not being able to crack the lineup on the proper break). We had an “amusing” etiquette incident where one of these longboarders took off and a foiler dropped in the same wave but about 100m down the line (and keep in the foiler is a 25 year local, the longboarder maybe 5). The longboarder was standing in the pocket going about 3mph on a knee high wave, and spent the entire ride yelling and screaming about priority rules and respect. Meanwhile the foiler never got closer than 100m and was doing mach 2 down the line cutbacks and re-entries. Etiquette breach? Maybe, but it’s a stretch. Afterward, no matter how politely and then impolitely we tried to reason with the logger about being able to share the limited waves as long as no one is affecting anyone else’s ride, to him we were all just “an army of geek foilers”. A club logo was born.

That’s a pretty rad logo man. Where’s the link to buy a shirt?!

I know foiling is fun. But can we all try to avoid paddling out in packs. One or two foils can take over a lineup. If locals see 7 Foilers all arriving and leaving at the same time it makes them even more grumpy than usual.