The Waydoo failures have become extremely alarming. They’ve reached the point where they could result in serious injury or death. If people ride these near swimmers it’s only a matter of time until that happens.

The owner of this burned house said his Waydoo battery was taking on water, he informed Waydoo and they told him it was safe to keep charging – he left the battery in his garage and the whole thing went up in flames. 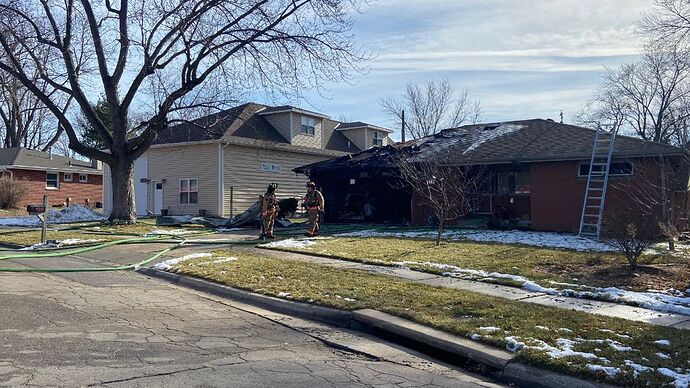 Multiple owners have also reported runaway boards. They fell off and released the trigger but the board continued on its own at full speed.

Then there are the reports of short circuits that have caused the motor to catch on fire. One owner caught it on video, he plugged in the battery and the board immediately started shooting flames. I can only wonder what sort of shock that would’ve delivered if he had been in the water with the board when that happened.

You will need to login and join the Foil Surfers group to see the video of the Waydoo shooting fire: https://www.facebook.com/groups/foilsurfers/permalink/3651705788219996

I do not know if these issues have been reported to the government agencies as required, but Waydoo should be issuing a recall of all boards that have been sold to date so they can fix these issues and the many others that have been plaguing owners. They are putting people’s lives at risk and probably leading this sport to extreme over-regulation.

Your campaign of revenge is just annoying and is anything but objective!

If you can point out anything that’s not true I’ll gladly edit the post.

Maybe you should work for Waydoo if you think consumer safety is not important?

Almost all of the incidents you describe are based on stories from others and are not your own experiences !!!
Therefore not very credible!
Nobody likes to admit their own mistakes!

is my last answer here, then the topic disappears in the ranking anyway

Dont know why but its just logical that Lift, Fliteboard a.s.o cant compete with those prices and they will be happy to see that their biggest competitor gets really bad news…
I wonder if you still remember the posts 2 years ago when the first liftfoil battery took fire and stories of burned down warehouse came up… Quite similar stories… after that Lift started a safety campaign and advised to store those batteries in those safe alloy boxes…they made quite a lot money with that boxes…but Foil Fiesta wasn`t there…and did not blame Lift, that they would ruin this sport for everybody…

And now for something constructive…

If you are worried about storing your batteries, Here are a couple of option:
Same external case as lift just without the rockwool internals: https://www.thecaseshop.co.uk/zarges-k470-40849_1796

And a video of how to add some fireproof board inside the case: https://www.youtube.com/watch?v=I8vyRO7HYHY

You are not objektive