This is my first attempt at designing a battery system and fourth or fifth design iteration. I’m finally at a point where I think I’ve got the fundamentals right and have a design that I’m reasonably happy with.

This system is a 13S16P build using Samsung 40T’s with a peak burst load of 250A to power a 85165 200KV through a Flipsky 75200. The ESC will be located in a separate waterproof enclosure and likely submerged in CorrosionX somewhere that I can plumb water cooling. The system will be managed by a Daly 13S 250A BMS. Note: I haven’t taken the time to model the string connections from the BMS.

The battery system will generate 46.8V nominal and has a capacity of 60AH with a weight of approximately 40lbs assembled. It has been arranged into 1S16P groupings which are then laid out into a 13 series length for a total of 208 individual cells. There are 7 groupings on the bottom layer and 6 groupings on the top which are connected through a pair of bus bars. It will initially serve as a simple propulsion system for an electric kayak through I aspire to try to get the kayak up on dual foil system at a future point which was the motivation for the larger motor.

I wanted the build to fit in a off the off the shelf waterproof box so as to not have the additional complication of building a box. I would have preferred a single-layer arrangement for my first go at this however the next larger size of box is twice the price and results in quite a bit of unused interior space. Final external size of the build is 420mm x 336mm x 180mm

Battery connections are planned to be made using the Copper Foil Sandwich technique discussed on Endless Sphere to allow for higher current delivery than nickel-only connections will allow. The series connections should be capable of ~250A continuous based on 180mm width and .1mm thickness (extrapolating from this chart) though I don’t anticipate needing anywhere near that much continuous current. Ive got a SQ-SW2 on order which will hopefully be up to the task.

I’ll likely end up using the Ampenol Surlock Connectors for the external connections.

Please let me know if you have any thoughts or see any issues with this plan? 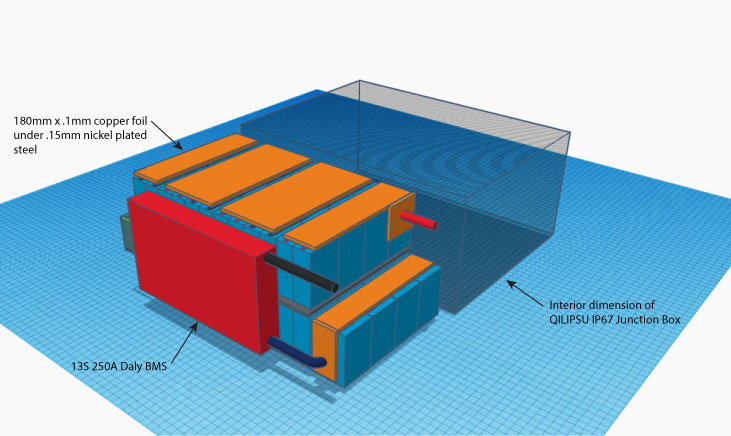 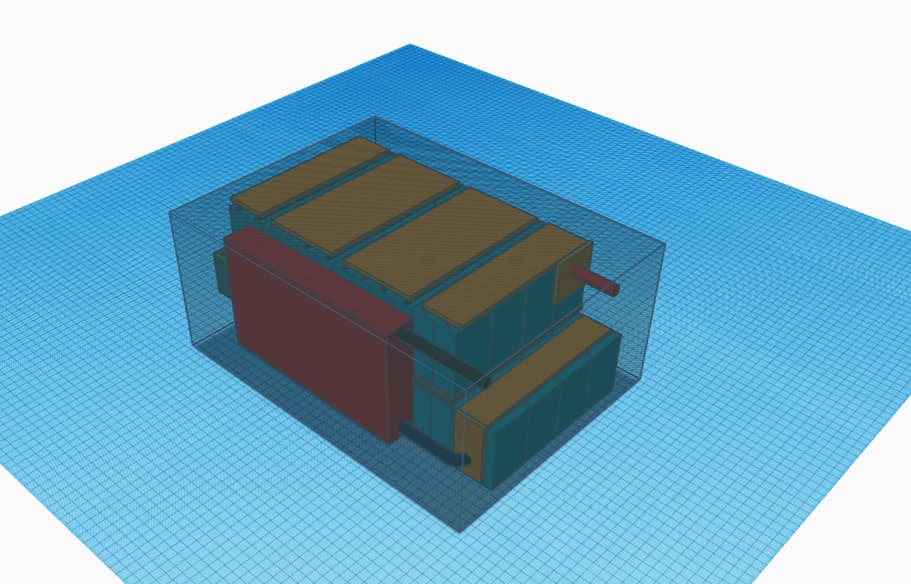 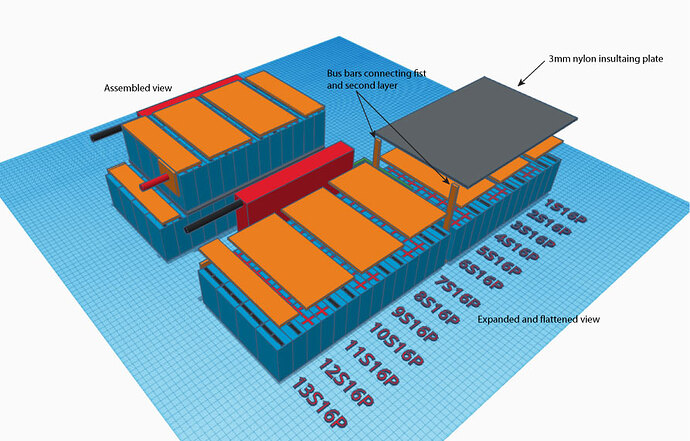 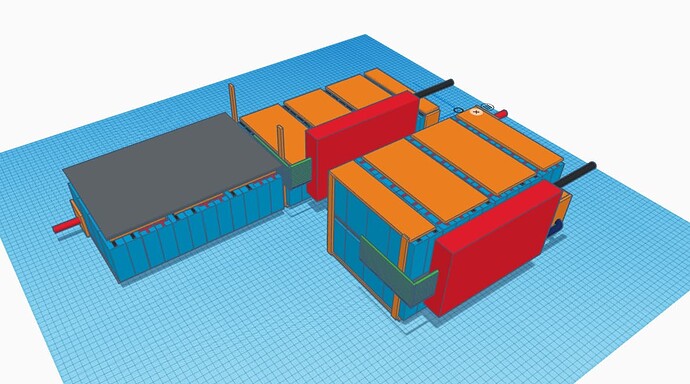 I wouldn’t use a BMS for discharge, only a small one for charging. Will save lots of weight and volume.

I agree with strongarm: Use the BMS only for charging; bypass for discharge - the VESC will do that well enough as you probably won’t go to the absolute low end of the battery anyway.
What I see as optimistic is to push the Flipsky 75200 to 250A burst:
In my experience, this ESC is good for short bursts of ~180A battery (~220A Motor) and 120-150A sustained battery current depending on cooling. I am pretty sure that 250A battery for more than a second will kill it…

I think someone with FR motor tortured the vesc quite strong up to 250amps or similar. That guy from NZ I guess. Have a look you may find it

That guy from NZ I guess

Thanks, it all makes sense. I will have to test in water and think about my cooling. I have standard water cooling which goes with FR motor, but I guess I will have to add pump too. Or fill vesc box with mineral oil. It doesn’t help that it’s pretty hot outside too.