I’m not 100% sure sorry mate, I’m not to clever when it comes to VESC, I just know the basics. Hopefully someone more knowledgeable can chime in…

With a Metr.at logger connected you can, I know that much

Yes, you can log data in csv format in vesc tool mobile app.
That is what I usually do when I am test driving the board in beginning or if you having some problem with something.
It is possible to activate it in developer tab.
Then you can transfer the file with the data to the laptop and read it in the standard vesctool software.

So I’ve made a few modifications, I got sick of the A200S letting me down and I think Euan got sick of me hassling him about it so he kindly refunded me. So I bought a Trampa instead which has been working a treat

Even though I had a long antenna to the nose the signal would still drop out now and then so I moved the receiver to its own compartment. Ive just got back from a ride and it was flawless, didn’t drop signal once which was bloody luxury! 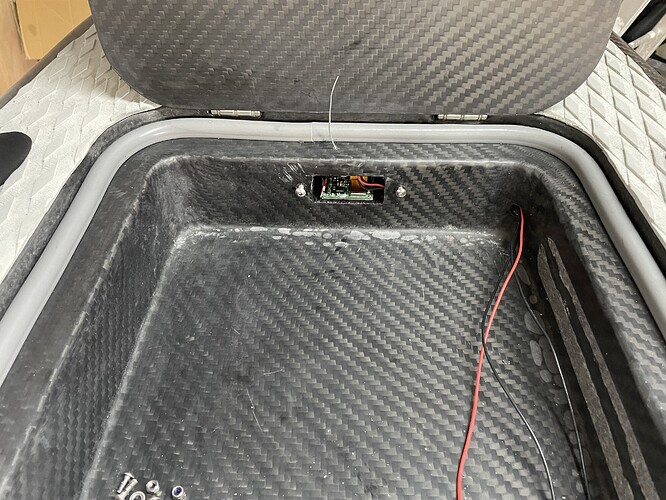 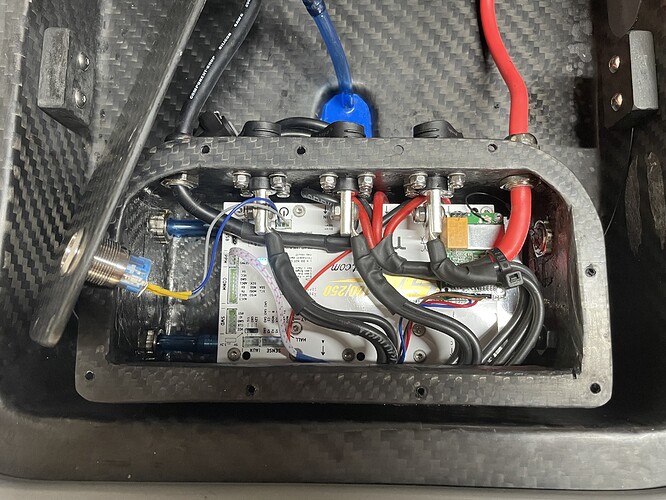 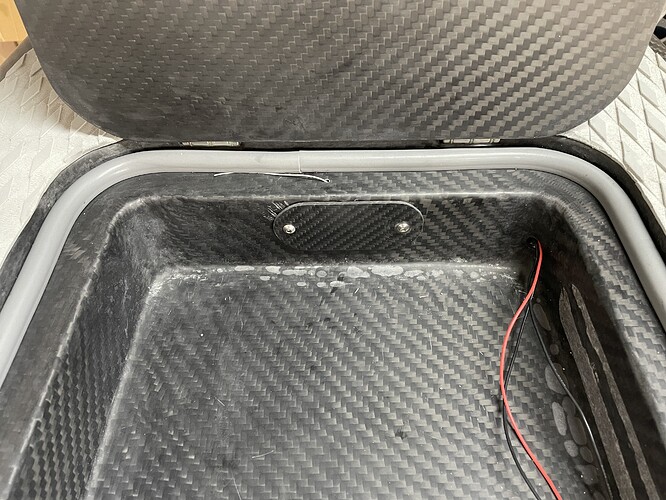 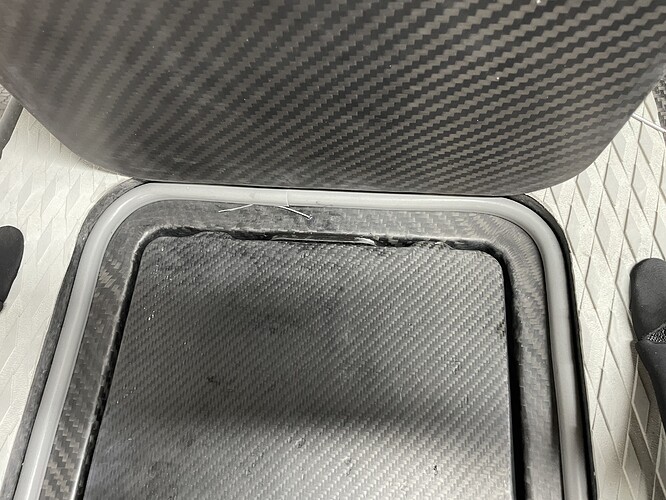 I got sick of the A200S letting me down and I think Euan got sick of me hassling him about it so he kindly refunded me.

What was the issue with the a200s and which version was it?

For a start it wouldn’t save config settings every time I disconnected the battery. Then wouldn’t go above 60% throttle, then it would cut out if I went above 130ish amps or pulled the throttle a bit quicker. But the final straw was when I went to go for a ride and it did absolutely nothing, tried to re configure it but would say sensor detection failed.

It pissed me off most that it was ruining my days out I was planning and travelling to, only to be let down again.

It was the V3, it’s a shame because it’s a great little VESC with the potential for a lot of power for such a small unit.

Hi,
Where did you find your antenna for your maytech receiver ? Which length for the new antenna ?
Thanks.

The old one to the nose was the standard 1.2m from AliExpress.
The one I’m using now is the one that comes with the receiver, around 150mm long.
Even when submerged it worked today which would never of happened previously.

Nice, that is really the first good example I can remember seeing of someone extending their receiver to a better location for reception and using the original antenna. I guess we were all using antenna extensions and trying to keep the receiver module with the ESC. What gauge of wire are you using to extend from the ESC to RX/TX module?

Is the Trampa 100/250 set up with bluetooth incorporated in the vesc? Are you getting all your logging data via the VESC tool app? If so, is the data similar to the data the METR module is collecting?

I just used what I had lying around which was 20awg. Seems ok so far. I only ran the 3 PPM wires, I forgot to run the + positive so will have to add that at some point. I don’t need any other info to be honest.

I’m not sure about the logging accuracy, I can’t stand/use my Sony work phone so I only use it to connect via Bluetooth and change settings.
I’ve got a metr logger coming this week so I will do away with Vesc app altogether.

Hello !
I fried my VESC 200A flipsky so I know some error codes.
When your vesc cut’s it display an error message : FAULT_CODE_ABS_OVER_CURRENT
So if it’s not the “150A Bat & 180A motor settings” that you said, maybe your battery can’t deliver this load. Or maybe it’s a software problem and the 180A setting isn’t applied.
Anyway search in this way

Very nice build! Do you find that your latches leak?

Mine would do over current error around 203 amps, so I just upped the absolute max amps to 300amps. There is a work round a saw on someone’s thread with the same issue changing some settings. I’ll try and find it.

No, they don’t leak at all to be fair. The seal I use (from Amazon) is that good it creates a vacuum so I have to give it a good yank to get it open.

Hi, could you send us a link?
Thanks

awesome job mate. what battery are you running? I believe for the battery and electronic box you went for 3D Print with carbon/epoxy cover? Did you use PLA or PETG ? How did you manage the top/bottom part to close your battery box ? EPS?

Here is the seal:

And here are the latches, they are the industry standard ones: For over 50 years GEMLUX® Inc. has been delivering world class, highly engineered stainless steel marine hardware, on time, and with a smile, EVERY TIME!

It’s 14s14p 30q’s.
Yes, the battery case was printed in PETG, the bottom and top is just CF plate I made around 2-3mm thick and then wrapped the lot in 2 layers of 200g. It’s completely sealed so would have to tear it apart to get into but I figured I’m never likely to do maintenance on it so would rather have it water tight instead.

The electronics box is just CF. I just had a fast a dirty approach of shaping a piece of polystyrene to desired shape and wrapping it in peel ply and then wrapping it in CF. Once dry I tear out the polystyrene and the peel ply leaves a nice clean part on the inside.

Here the files to my battery box, pretty basic but works.

very smart mate! you’re using a BMS to charge your battery? not an external charger right?

There’s no BMS in the battery, I just use it externally for charging. learnt the hard way with that one so I don’t completely trust them

I use a 15pin VGA connector inside a modified waterproof connector to connect to the balance leads. Seems to work well and no interference from the BMS when it’s not being used/charged.

The VGA is in here: 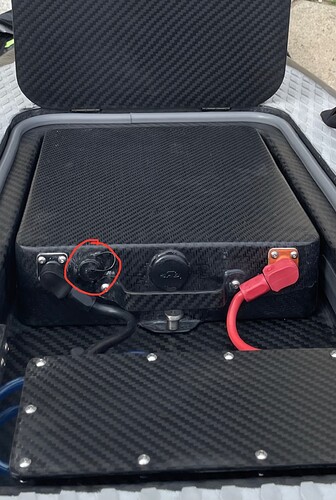 What connectors did you use for battery leads and Vesc box connections? (Are they from Amphenol?)

Also do you happen to have link for them by chance? 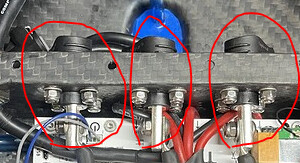