This winter I won’t have time to build my 3rd efoil. So I want to concentrate my little time on optimizing both of my efoils. I think there is great potential in the wings. I have read that the lift efoils has excellent HA wings on offer. My configuration is gong/slingshot. Are there any HA wings from these manufacturers of the same efficiency?

When not, did someone have the dimensions from the lift efoil foils/fuselage? Perhaps I am able to CNC the Gong or Lift Fuslage that it fits to my mast.

Hi,
HA wings are per definition much more efficient with same projected area (than Gong/slingshot), but slower to turn.
Good comparison is gliding/sailing-airplane vs fighter jet, but in a 700x more dense medium

If you want crazy efficiency and 23kmh ride then I don’t think anything beats axis art 999 at the moment.
If you want to go faster and slightly less efficient then there is Lift HA, Armstrong HA and why not Fliteboard Race wing at 700cm2, which is fairly easy to integrate with adaptor plate (compared to 2 others).

While Gong is not same quality as Lift they do make HA foils. Here is vid of owner/designer going over entire foil line and design principles if you’re interested: 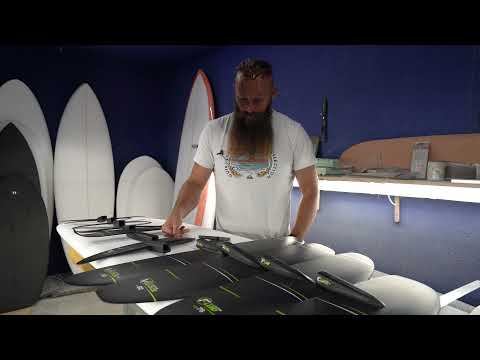 The gong veloce are high aspect. They not as high as some of the competition but for the price they are rally decent.

Yes, i know, i am riding a Veloce M since this year.
But i know, it is possible to optimize my setup and my plan is in this winter to do that

Everything is relative, but I would definitely not consider veloce HA, at least not the M, that I also rode a lot during summer, when the Fliteboard rigg was broken. For me HA starts at 6:1 and the extreme ones are now 10:1.
I still maintain that Flite Flyer is the best overall wing I’ve ridden and it’s not fully HA. 74cm & 800cm2 projected with extremely high roll-curvature for stability. It is slightly more stable than the 1000cm2 Gong Veloce M, but main advantage is that you can take it easily beyond 35km/h when you push. Consumption at same speed is a couple of percent less for the Flite as well, but generally around 70wh/km@28kmh for 100kg rider. The only wing that I’ve ridden constantly below 60wh/km is Axis 910, which is HA, but also large and to slow for my taste at ca 23kmh.

But I agree that Gong is perfect bang for the buck and most people should use an L wing for their first project. As skill grow usually people want to go faster at least in still water and then it’s really only Lift and Flite that do wings designed for efoiling-speeds where you do not need pump-ability or lift-off at 13kmh. I went through Naish, 2xRL, 2x Gong & Axis before learning this thought.

Totally agree, rode one behind the boat, it is so so much faster than anything at the moment. Super cool. If efficiency is what you want to do then nothing else other than maybe some racing kite foil shapes comes close.

Can you send me please the measurements from the mounting holes?
I want check, if it is possible to adapt it to my system. When it is possible, perhaps also from the fuslage if I can make some modifications?

I made 10mm aluplate when I evaluated these on the RL fuselage.
For you Robert, the Flyer is too similar to Veloce M.
Would recommend The 700cm2 Race instead for a more extreme Austrian lake experience 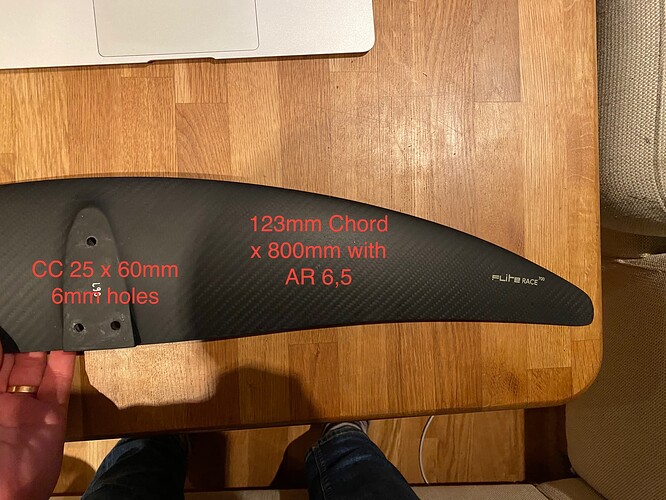 Do you think so? How much similar?

I said that I want optimize my system, some small changes can be a big difference

If you want to optimize then make a new power unit as a flite replica, so you integrate the motor and the fusalage. You gain some percent in efficiency from having less frontal area and less un-needed mast length in water. 75cm mast with flite = 85cm mast with separate motor a’la Lift.
But sure the Flite Flyer is definately worth the money as upograde over Gong, since it is an old gen wing and quite standard since 3Y on fliteboards, should be many fliteboarders who would part for a used one at 250€. The Race one you likely have to buy new at 620€…

I am speaking about small changes

I think, this winter I will not have enough time to made some big changes.

One inspiration for a small but still significant change for 2022: Just have some commercial wing available, which is very well rated here (e.g. Flite Flyer, as mentioned above
cim96dm7). This wing is then modelled in 3D CAD. Then a hydrodynamics expert is able to modify the modelled wing to have higher desired parameters (higher efficiency, faster rotation, lower weight, etc). The wing is then easily manufactured using some proven technology. This will create a completely new type of wing, without infringing the copyright of the original product, but possibly the best for the next summer season.

A talented hydrodynamic expert should be able to design wing from scratch without having to 3d scan wings on the market… just saying.

I’d like to introduce WingHopper.com to the Foil.Zone community! WingHopper is a parametric wing design web app that allows anyone to create a beautiful, efficient, and accurate wing model. Initially I developed WingHopper for my naval architecture and hydrofoil design consulting, using it as the basis of the hydrofoil design work I undertake. I’ve made into a web app that allows for anyone to design a beautiful wing that can be exported to 3DM, STL, OBJ, or STEP file formats. I’ve also incorpo… 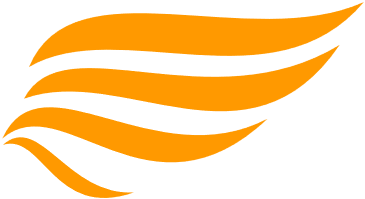 Hi! I’m building my first board, can someone help me pick one of these foils? Are they all right? I weigh about 70kg/155lbs. 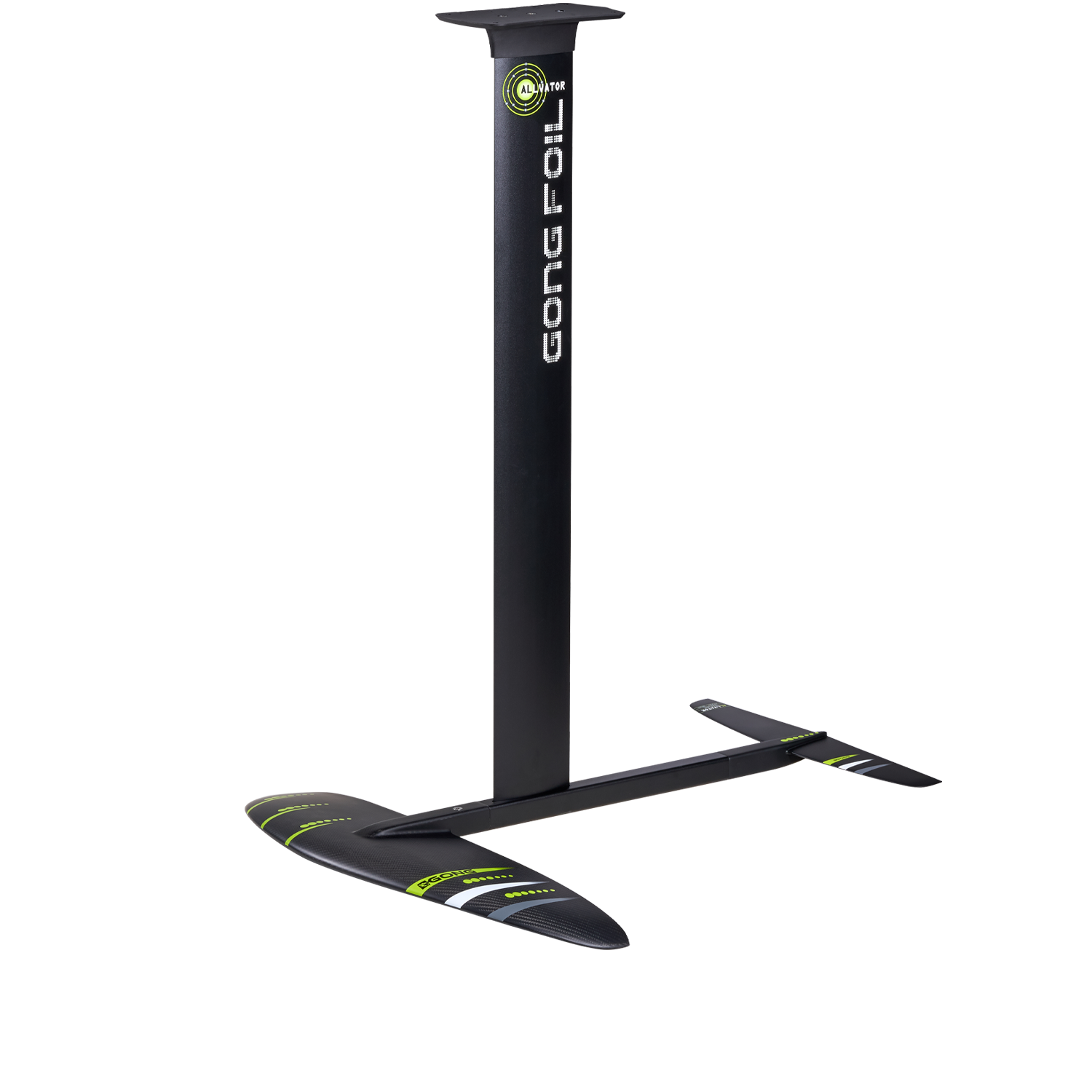 The versatile and economical Kite Foil. 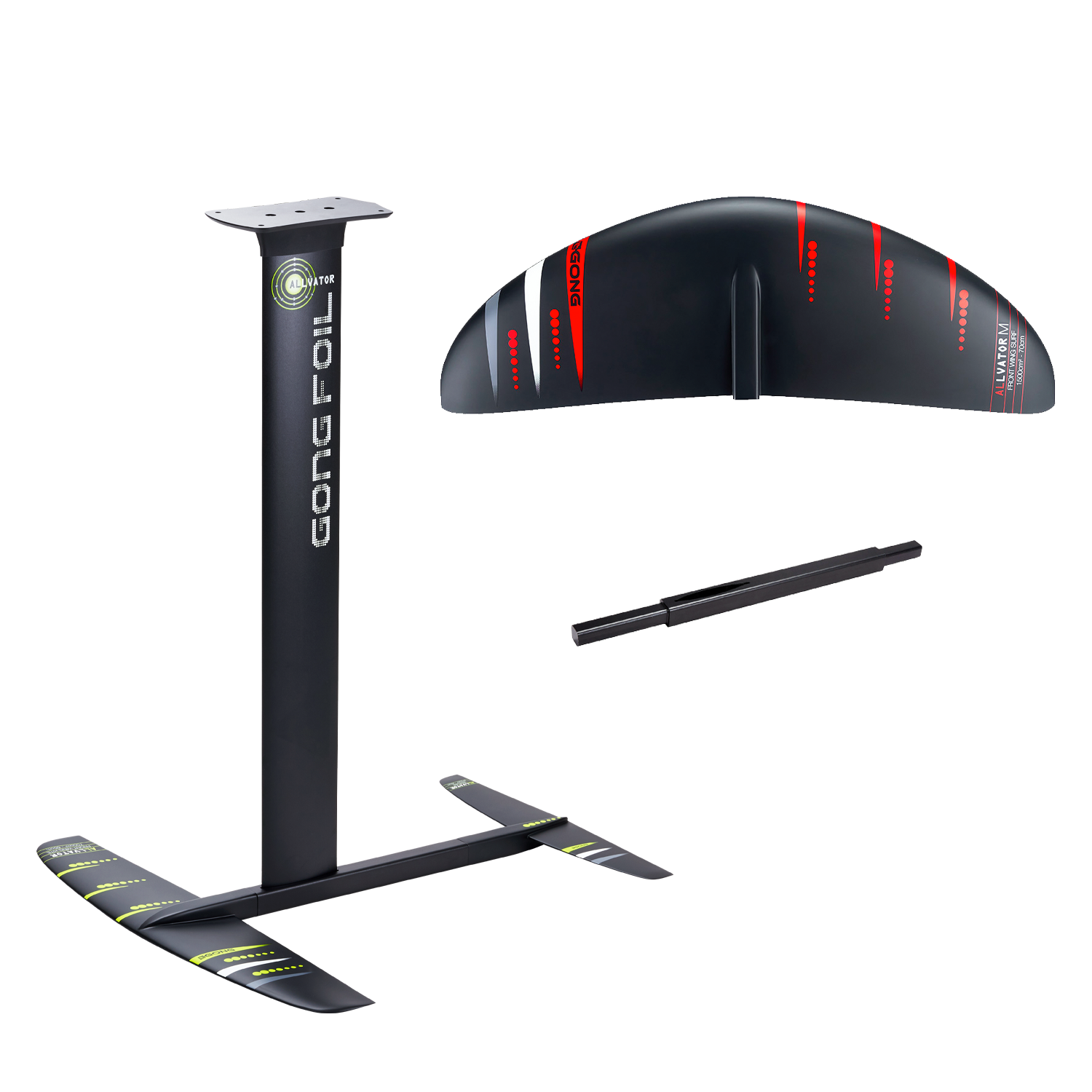 I’m not convinced kite foils are the best match for e-foils. Unless your goal is to ride at 30kts, it’s probably better to look at surf or sup foils in the 1200-1500cm² range to have some more lift and lower stall speed. That’ll reduce your power consumption quite a bit, and will be easier. So, definitely the 2nd one over the first one. But still a bit on the low side, hence why it’s marketed for kiting, and possibly a bit too low aspect for efficient glide. But as a light rider, that can work well enough.

I’ve looked at the new gong HA wings, they’re really decently priced and now true HA. What i am worried about is breaching, seems it would take either a longer mast (90+cm?) or slow turning to avoid getting these wide wings to breach ( and me to crash😀)

What are your experiences when it comes to this and the foils you tried?

The widest i’ve used on efoil is Axis 900, but back then I did not carve so hard. I’ve never breached with my HA Flite that is 780mm on a 75cm mast.
You’ve read my mind abit as I will also try the HA Gong Allvator small in sep, which is still like 850mm wide. In order to do that and also to challenge higher chopping waves, I just finished my no-breach mast wich is actually 103cm to centerline. It 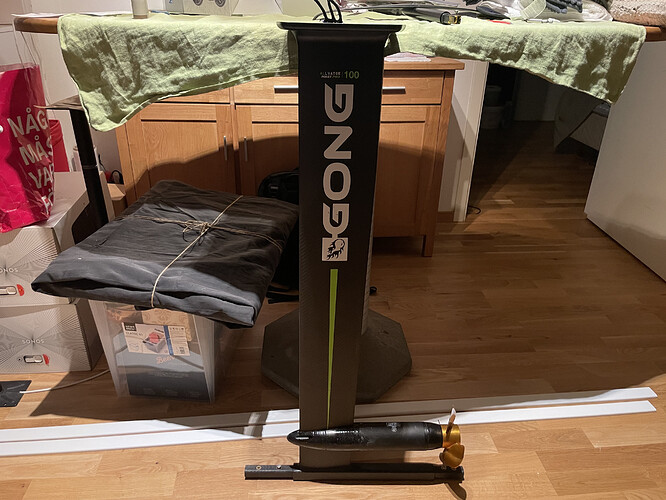