I’m building a tow boogie based on Valhalla’s template.
Battery is a 13s6p configuration with 21700 Molicel P42A cells in standard plastic battery holders, rated at about 1200wh. These cells can output a max of 45A each, and would (might) be comfortable putting out 20A for a total of 120A continuous if required (for short bursts). They are supposed to have a good cycle life, around 500 cycles at 20A (with cool down after use), so it should have a much longer service life than lipos.

I’m using a JBD/LithiumBatteryPCB 30A BMS with bluetooth for charge only. It’s nice being able to use an android phone to check the battery status, and it seems to use very little power when it goes into power saving mode after you disconnect the phone app. The BMS leads are routed parallel so that they aren’t going to rub through each other. Littlefuse 2A pico fuses where the BMS leads join the cells, with wires running down the negative end of cells, so that if they did short the cell it wouldn’t cause an issue.

There is a 200A fuse on the discharge lead, bypassing the BMS so that the VESC isn’t limited on current. There’s a 30A blade fuse on the charge lead. 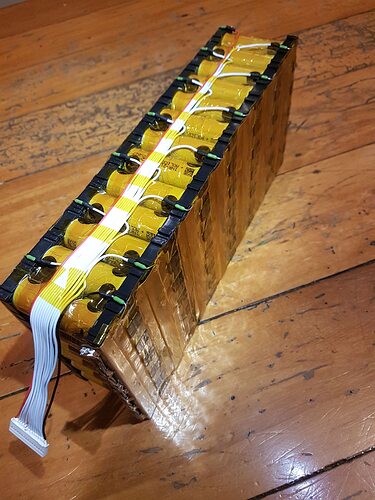 The cells are connected with 30mm 0.2mm pure nickel strip. I made a 3d printed tool (offset air bender) so that I could shape the strip to fit the battery holders. 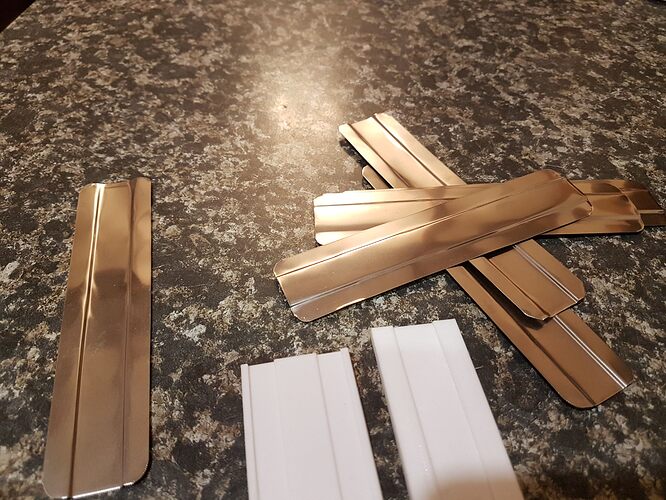 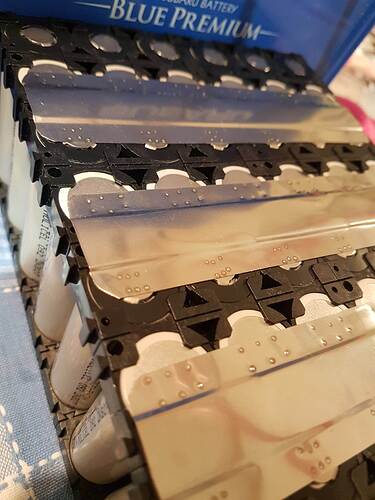 I was initially going to use an AliExpress plastic electrical enclosure for the battery (approx 370x200mm), but it was flimsy/bendy and I’m sure it would have leaked, so I borrowed Flightjunkie’s idea of a clear plastic box. The walls are 4.5mm polycarbonate throughout the box, with 10mm reinforcement columns in the corners, with a nasty solvent based acrylic glue for strong joints. The polycarbonate case weighs 1.3kg, and it’s 370 x 200 x 76mm. The lid will be held on with m3 screws tapped into the base, and sealed with Bostik ISR 70-03 (great glue, sticks to polycarbonate, sealant and adhesive). 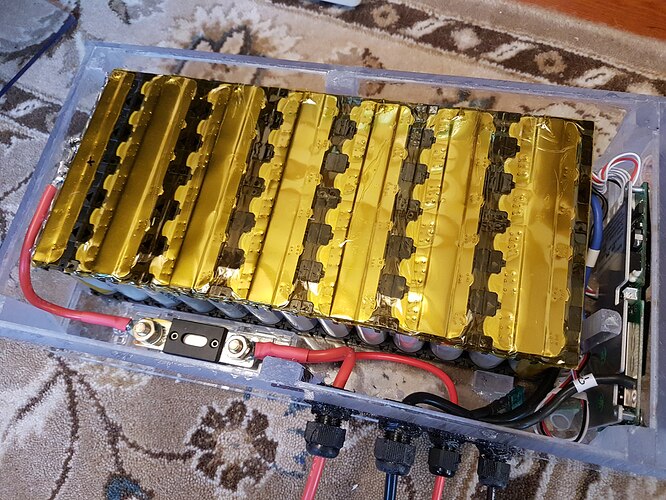 It has an XT90s connector on the discharge leads, and a xt60 for charging.

Very nice, I really want to ditch my lipo and order li-ion cells but my budget is tight, I can afford 3$/cell, which not so hard to find on AliExpress.
I’m not sure about customs/taxes in my country, they don’t like people importing batteries, 180~200 cells is quite a big package

Better get some quality cells from a reputable seller, I would not build a pack from Chinese cells unless you are sure about the quality and tested some samples. There are also fake cells on the market, as there is a shortage and prices went up. If you build from cheap cells from unknown source it might end up in disaster or just not last for long.
Molicel P42A are still available (but not for 3$).

If you live in the US I would try these guys, they have lost of quality yet cheap batteries.

Looks really nice and they are the best batteries around. However 20A comfortably is an overstatement. I pull avg 5A each from my pack and it is rather warm from a session (around 45*C). Takes around 2h to cool down before charging again.
If i was building today then I would but thermocouple inside and connect as motor-temp on vesc.

I’m only planning up to 20A per cell discharge when I’m getting up onto the foil. Interesting that you’re seeing 45 deg C with only 5A.

In this test they see 45 deg C after fully discharging a cell at 30A, obviously a single cell not in an enclosure…

I think some things consider is what cells your using, are you using to same cells jatem? also how big is your pack, how many in series and how many in parallel? Another thing is how close are your cells together is there a couple millimeters between the cells if not there’s less cooling and it’s easier for the whole battery to heat up

I’m interested in whether the nickel strip contributes to heat. There’s an ampacity chart by matador on endless sphere which rates 10mm wide 0.2mm nickel at around 3A , but it seems very conservative. On esk8 they allow much higher ratings, around 20A for 10mm 0.2mm nickel… 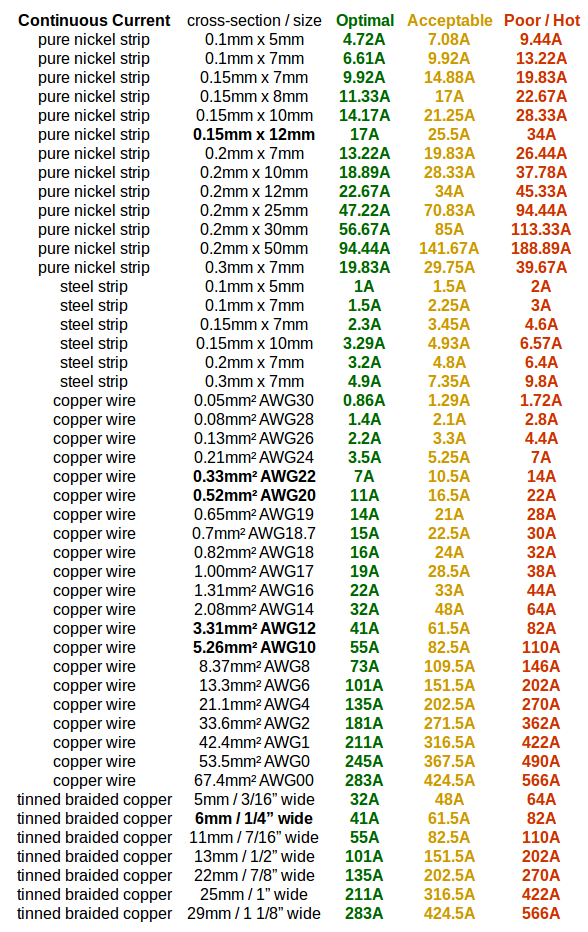 I’d like to make an easy-to-find list of current ratings for esk8 use. If anyone has edits, corrections, experience, or thinks it can be better, please describe what you think should be changed. 😃 Popular esk8 sizes in bold. This chart is...

I suspect the wide 0.2mm strip I’m using should be adequate, with effectively 22mm wide connections between cells sitting in parallel strips.

during tests , the temp measured are above to ambient temp, so a increase of 45°C , not the same

Good point, it is indeed 45 deg C above ambient with 30A full discharge.

Just for comparison, I looked up a similar temp curve for 18650 Samsung 30Q cells. Temps rise 50 deg C from ambient when running at 15A.

I’ve just used the battery for an hour in my tow boogie, using around 30A while foiling (5A per cell). The battery temp was only 10 degrees C above ambient by the end of the session, and some of that may have been helped by the passively cooled VESC.

The original pack has done well in excess of 100 cycles and it still runs great. It should continue to work great for another 300-400 cycles. The pack increases in temperature by only 10 degrees C after a 1 hour foiling session.

I have just built a new pack, for a new tow boogie, with more capacity at 13s8p. Towing into unbroken swell on the prone board and 999 foil with the tow boogie is by definitely my favourite form of foiling. The runtime with 13s6p is around 1 hr 15, and another 20-30 mins will be useful with this bigger pack.

After researching test results of cells, I decided on the Samsung 40T3, as it has a slight edge in capacity over the p42a after a few hundred cycles, with a longer cycle life The 40t3 has twice the cycle count of the older 40t. Around 600 cycles to 80% capacity. After 1000 cycles, around 77% capacity. Vast improvements over the cycle count of 18650 high discharge cells like the samsung 30q. 21700 is definitely the way to go for efoil/tow boogie.

I slimmed down the weight of the enclosure to try and regain some of the weight. Finished weight was 7.7kg for 13s8p in the polycarb case. The original 13s6p pack was 5.2kg. This new case itself weights 900g, by using 3mm polycarbonate throughout, which is about 400g lighter than my first case. I use 3mm triangle section strips liberally to stiffen the jointing surfaces, on both sides of all the top edges so it sitcks well to the lid with ISR 70-03.

I also saved a bit of weight and space with a smaller Heltech 40A / 20A BMS without bluetooth, charge only. I’m using a 12A charger to fill it up quickly. I plan to mount a small voltmeter on the pelican case, connected via the bms charge plug, so that if the bms trips during use then I’ll notice the voltmeter turns off.

I also optimized the size by using a much smaller Midi 150A fuse. This 13s8p pack still fits in the same pelican 1450.

I have built a bunch of other packs for various purposes using narrow strips of nickel, and it was so much cleaner and less fiddly to use the wide 30mm nickel strip again on this build. It goes together faster and safer, and handles lots of current. I’m using up to 90A to get onto the foil during waterstarts, which is 15A per cell on the original pack. 8mm 0.15mm nickel strip would waste about 30W as heat under this amount of load (1% wasted power, which isn’t actually too bad). This 30mm 0.2mm nickel has an effective width of approx 20mm per cell, so will have less than a third of the resistive heating compared to 8mm 0.15mm strips, so less than 10W of wasted heat at 90A in the original pack, and even less in this new 8p pack. Next time I might go thinner and use 30mm 0.15mm nickel. 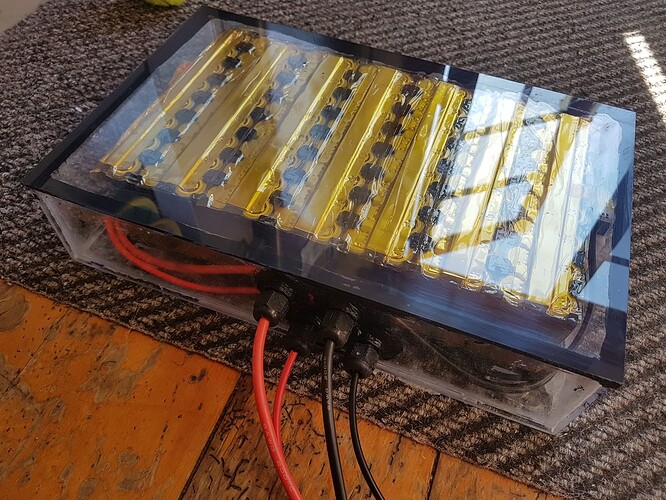 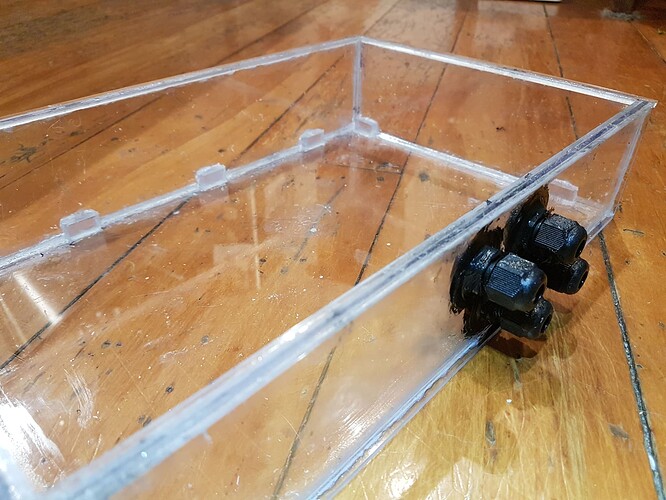 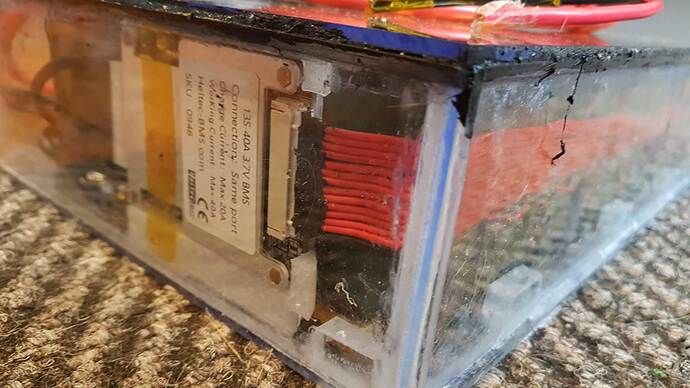 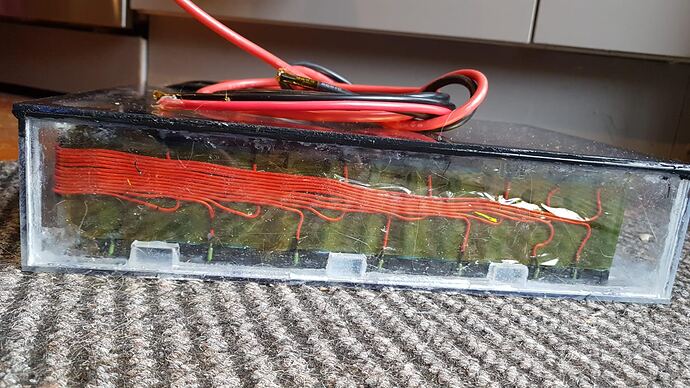 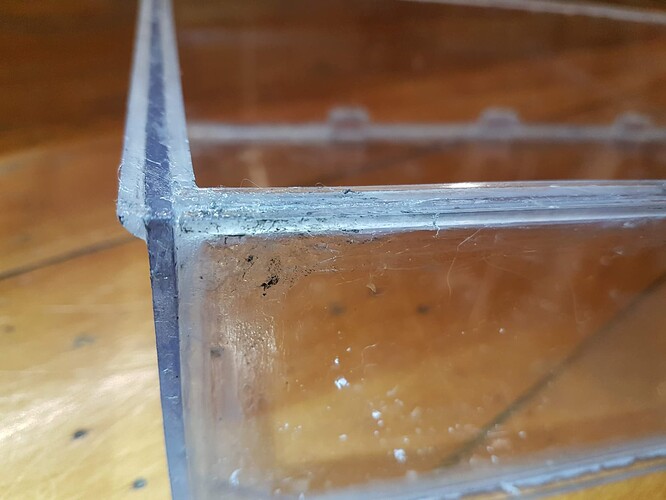 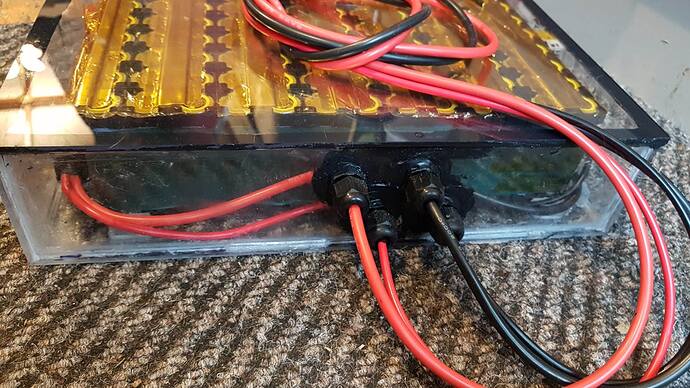 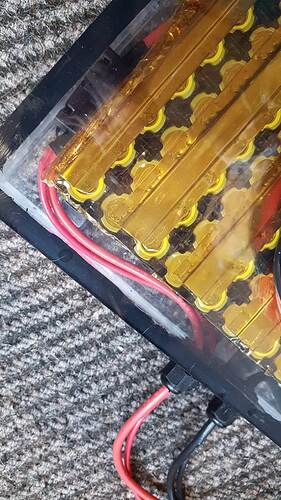 8mm 0.15mm nickel strip would waste about 30W as heat under this amount of load (1% wasted power, which isn’t actually too bad).

UPDATE, Corrosion tests show that neither of these strips are what I thought them to be. The results are posted in this thread HERE, so let’s see if we can figure what these strips are actually made out of. 2nd UPDATE, both strips seem to be steel...

The 30w for 8mm nickel is calculated with measured resistivity in that same thread on esk8 forum, at 15A per series strip in a 6p pack.

If people use 8mm strip with nickel coated steel, it would be 60w wasted as heat, rather than 30w as pure nickel. If it’s stainless steel, the losses would be more like 200w.

That esk8 link concerns me that some people might end up with stainless steel, with awful resistivity. I would think stainless would be much stiffer than nickel, but I wonder how effective a corrosion test would be at identifying stainless steel?